If only we had the Wand of Merlin...
This page is lacking a lot of information found in the series.
Please edit it to so it has all the information needed to make this Wiki a smorgasbord of all things Grimm!

Natalie is the daughter of Beauty and the Beast from the fairy-tale of the same name. Rumplestiltskin bought her as a baby and raised her, Toby, and Bella as his own kids.

She is able to transform into a "beast" and is very strong physically, though she is not portrayed as being very smart.

She attended Ferryport Landing Elementary, and she was in the same class as Sabrina, along with her "siblings" and Wendell. On the first day of school, she trips Sabrina, who punches her in the face. Until Sabrina saw a bow in Natalie's hair, she was not able to tell whether Natalie was a boy or a girl, implying that Natalie is not pretty. At the school she is good friends with her adopted brother Toby.

Natalie was also involved in the plan to tunnel under the school and escape the town. Natalie is a student at Ferryport Landing Elementary. At the end of Unusal Suspects she is taken by her biological parents Beauty and the Beast. In book 5 Magic and other Magical Misdemeators she joins The Scarlet Hand with her father while her mother does not, although she seemed to be torn between going with her mother or her father before reluctantly returning to his side. She eventually rejoined her mother after the defeat of the Scarlet Hand, in which her father was imprisoned but it is hinted that she and her mother intend to bail him out. 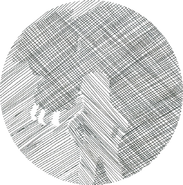