Bella Amphibian is the daughter of the Frog Prince and Princess, therefore being an Everafter. Because of her heritage, Bella is able to morph into a huge frog at will, though her human form is fairly pretty, with straight blond hair and green eyes. She was sold by her parents to Rumplestiltskin as an infant.

Bella attended Ferryport Landing Elementary along with her "brother", "sister," and eventually Sabrina Grimm. Unlike her so-called siblings, Bella was friendly to Sabrina until near the end of the "The Unusual Suspects", when it was revealed that she supported a mass-breakout of Everafters from Ferryport Landing.

When she was an infant, Bella was sold by her parents (the Frog Prince and Princess) to Rumpelstiltskin after he manipulated them into doing so. She was then brought up by him, alongside Natalie Beast and Toby Arachnid and so the three young Everafters became his 'children', as well as a source of food for him as he feasted on their emotions (though they weren't aware of this).

12 years passed and Bella grew up idolising her father whom she loved unerringly. When the Scarlet Hand approached Rumpelstiltskin with a plan to break out the Everafters from Ferryport Landing, Bella also helped her father who manipulated her into believing that it was the right thing to do. She befriended Sabrina when the Grimm started to attend Ferryport Elementary. After the school is destroyed in the second book, Bella reunites with her biological parents and they join the Scarlet Hand. They stay with The Hand until the 9th book, The Council of Mirrors, when she switches sides and join Sabrina Grimm's army along with her parents. Her mother, the Frog Princess whose name is Sharlene, is killed while fight Atticus Charming. After the barrier is broken, Bella and her father the Frog Prince leave the town immediately. 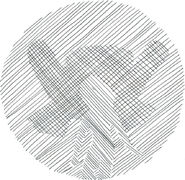