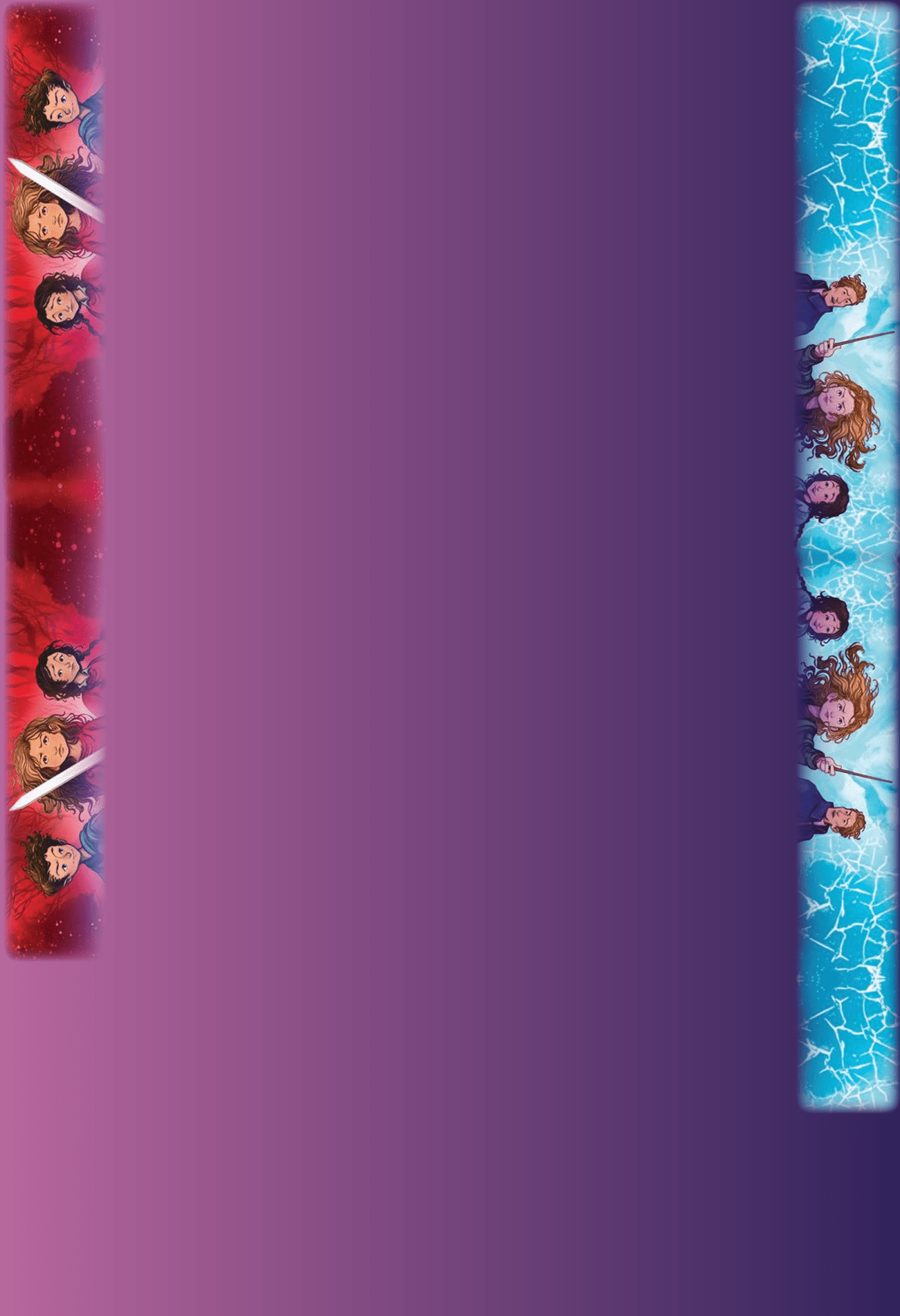 What's on your mind?

As hopefully all of us know, August 16th is the date of the last recorded journal entry of Sabrina Grimm. It is also Buckley's birthday. I keep seeing hints and references to the series on his account. So is he actually writing something on Alison's life? And do they leave Ferryport Landing? I'll update if he replies 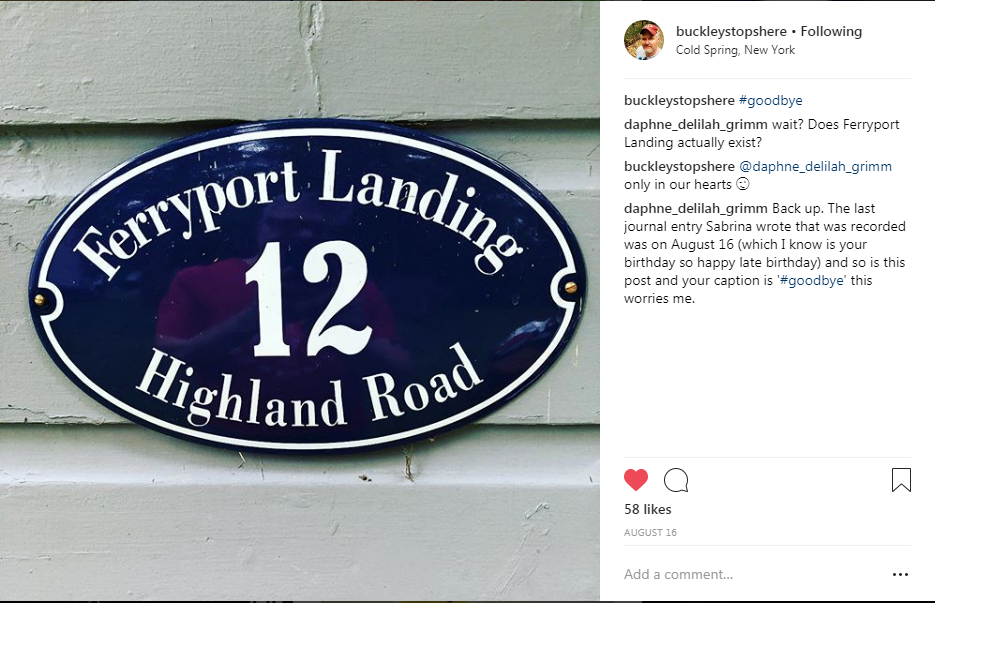 "I'm not actually supposed to tell anyone this but, we signed a deal like two weeks ago....um, it's not going to be a movie. It's going to be an animated show on Amazon Prime". - Michael Buckley November 2017

Hi, I'm just wondering who's the most popular.

Who is your favouite character?
Sabrina
Daphne
Puck
Granny Relda
Uncle Jake
Other/ Tell me in the comments!

(edited by Starsight of the Nightwings)

This is the place to talk about your favorite topic, to share news, theories, ideas, and to connect with others. The content from your Forum has been converted to Discussions posts, so nothing has been lost.

To learn more about what you can do here, check out community.wikia.com/wiki/Help:Discussions

If you're an admin on this community, read more about how you can customize your Discussions and set up guidelines for contributors: community.wikia.com/wiki/Help:Admin_and_Moderator_Tools_in_Discussions

I was wondering if there was ever gonna be a movie on the series. I know that there was a rumor, but I couldn't find anything on it.

Any thoughts on the background?

If it's "yay!" then I'll add more characters as more artwork is released

I know I said I was waiting until all the covers were out, but chances are that they won't be out for a while and I want the wiki to reflect the very exciting upcoming re-write - so, over the next few weeks, I will be updating the look of the wiki so it becomes more obvious that we have new content in this fandom! Look out for the changes and give me feedback because something that looks decent to me may look appalling to everyone else. There will be quite a few changes over the next few weeks as I experiment with it, so PLEASE feel free to give me input on anything and everything!

I'll update the wiki as more artwork is released so the same images aren't used for everything :)

NOTE: THIS HAS BEEN UPDATED DUE TO A BETTER IDEA ABOUT TITLE FORMATTING

So I was talking to Estrangelo Edessa and I agree with her that the some of the pages are becoming unnecessarily long with the addition of multiple images to their galleries, particularly those of the main characters and the books. So I'm going to do something I've never done before and instil a policy on this wiki! *cue fanfare*

Pages with more than 15 images on them can have a separate gallery page. That gallery page should be linked to the main article using the small text template ({{Small Text}}) to notify readers about the change and where the images can now be found (take a look at Sabrina Grimm's page to see what I mean and to copy the template if that is easier). Gallery pages should be titled 'Article Name/Gallery", an example of which can be found at Sabrina Grimm/Gallery. All the gallery pages should be categorised within the category 'Gallery', surprise surprise

Did somebody do something to make the display font on the whole wiki bigger? I don't see that change marked on the Wiki Activity page, so I'm wondering if it's just something my computer is doing. Or if I'm going crazy.

Undertow has now officially been released! Read it and tell us what you think!

So I was in Barnes and Noble on May 1st and I was browsing and I happened to come across Undertow on one of the shelves. It was all hidden and out of the way, but it still surprised me, since the offiial release date is the 5th.

Just thought that was interesting. I wonder why it got put out so early?

Lookit what I just found.

Is that... a full-color up-close illustration of Puck? This is a cover I need to see up close. NEED. But unfortunately I can't find any better resolutions of these two covers. I can understand why, 'cause overall they're ugly covers, but still... Puck.

More news: the sequel to Undertow will be called Raging Sea, and it should come out in February: https://twitter.com/michaelwbuckley/status/587431884382146560

I'm also adding this to my blog masterpost thingie of Undertow news: http://sistersgrimm.wikia.com/wiki/User_blog:EstrangeloEdessa/Undertow_News

From a while ago, but I just discovered this... Might be of interest to anyone who's had a complaint about the first epilogue and Bradley: http://joecarioca.tumblr.com/post/114374739890/i-had-a-nice-chat-with-the-author-of-the-sisters

What do you call a starfish that allows people to breathe underwater?

That's not the start of a joke or anything :) You know the starfish in The Problem Child that allows the Grimms to breathe underwater when they visit The Little Mermaid? We don't have a page for that on the wiki and I think it would count as a magical item. However, I'm reluctant to call the page simply 'Starfish', so are there any other ideas as to what it could be?

Since this forum doesn't see much use, here is a really important link about the series:

The forum doesn't see much use so I thought instead of doing this as a blog, I'd do it as a post. Plus, this way I get to highlight it so everyone can see it. Also, this way I can make sure people can actually see it :s

In preparation for the series re-write, I want to try and get this wiki updated. Already we are getting a higher number of people visiting the wiki since MB announced he was re-writing parts of the series (roughly 5600+ views per week compared to 3000 - 4000 per week before). That's why this post exists - it's a base post sort of thing where useful links can be placed that can help make editing articles easier. I'll add more links in due course 9but feel free to add any of your own):

User blog:FireworksandChimpanzees/Image cleanup on the wiki

I'm also currently working on something with badges so hopefully there will be more opportunities to earn points!

So Wikia has released two new features to make wikis all the more inclusive - they've added a new, updated gallery (like this) and they've also added this feature called Maps (at the end of the Nav Bar up top, under 'On the Wiki'), which enables you to make maps of real or fictional locations and or settings. And obviously, Feryport Landing exists so I thought I'd just go and enable them both.

Any thoughts? (Particularly on the new gallery since the fanart will be affected by that?)

This is literally just a trial period and if it's not popular, I can easily revert it back to the old gallery if that's the general preference.

Okay, so you know the background image? I've enlarged it and I'm totally undecided as to how it looks. Before the pictures were smaller but now they are bigger - any ideas or preferences as to how they should be?